Our colleague Sandra has already made it to Paris twice this year. Last as a Christmas present for her mother. On 4 Advent weekend it was time again – this time with Christmas flair in the most romantic city in the world:

It started on Friday evening with Air France, unfortunately with a considerable delay due to a technical defect. From the airport we wanted to take the subway to Paris, but when changing trains in Châtelet – Les Halles we did not get any further because it was already so late. So we searched for an open door, which fortunately also found and then drove the last stretch to Bercy by taxi for 15 €. The subway ride from the airport to the city costs per person around 10 €.

The Hotel Le Quartier Bercy – Square is a cute, small hotel in a backyard and really recommended! It was clean, service was good and breakfast was delicious. Only criticism: the room was a bit small. However, I have to say that I now 2 times in the east, further out of town the hotel had and for the next time I would probably rather a hotel more in the city center search. Although there are also many subways, but I always refuse it a bit, because I just get to know more of the city on foot. 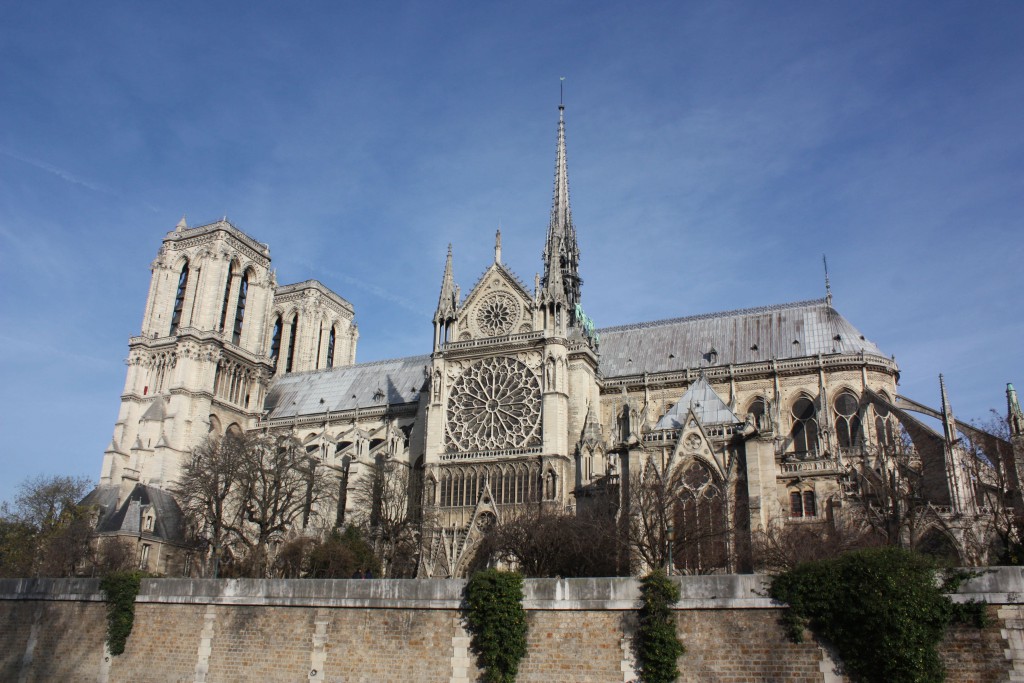 The next day we went to sleep less to Notre Dame, a walk of about 30 minutes and from there with the big bus through the city. For me, this was a premiere to go on such a hop-on hop-off bus, but it's really recommended because you see a lot, learn a lot and get everywhere. In Paris, there are now also 2 such routes, but with a ticket – for a day we paid 32 € per person – are passable.

The information that struck me the most is that the roof of the Grand Palais (steel and glass) weighs more than the Eiffel Tower. At the opera there is then a connection point to switch between the 2 routes. We got out in Montmartre at the Moulin Rouge and then up the mountain to the Sacre Coeur (see cover picture). There is probably a cable car going up the mountain, but we did not see it. The path was definitely worthwhile, as the church is a real eye-catcher, not only from the outside but also from the inside, especially since you have a wonderful view over the city – unfortunately not directly to the Eiffel Tower. However, one can catch a very good view of the Eiffel Tower from Trocadero. 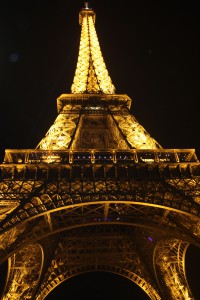 Afterwards we headed back to the city to the Arc de Triomphe and the Champs Élysées, which is a real tip in winter, because the Champs Élysées is full of lighting and small stalls that look like sugar huts, but there are also ghost trains with dead Nicholas , a bit tasteless but funny. A booth had z. B. cake shapes in every conceivable way, including a sand castle. As it was already dark, it went on to the beautiful Eiffel Tower, to admire it at night.

Dinner was then in the well-known district of St. Michel, which is littered with restaurants of all kinds. We then opted for a French restaurant with a 3-course menu. Not only by the delicious food but also by the great ambience attracts this neighborhood people of all kinds.

The short Sunday we used around the Louvre around and then it was at 16.00 clock even with the Air France, again delayed.

Finally, it can be said that this weekend was too short, but it was really nice. Especially at Christmas time you should use the time to come to Paris, because the flair of the city is only then properly expressed. You should also try the desserts in Paris, from crepes and of course croissants to the delicious macarons.

Another tip for the younger generation: Up to 25 years, most attractions are cheaper or cheaper and there are also extra tickets for the transport network, you have to actually use!

In addition to recent events, we can say that we did not notice the attack in November, the city is happy as ever …

►► More about Paris here.
►► Click here for the Paris offers.