Our FTI traveler Sandra was on vacation in Bali and Istanbul. As a small souvenir, she has brought a travel report and great photos. She talks about her personal highlights and what she would rather advise against.

In August we chose Bali and Istanbul as destination. All in all, we stayed 4 nights in Istanbul in the Golden City, which is located near the Galata Tower and the Golden Horn. 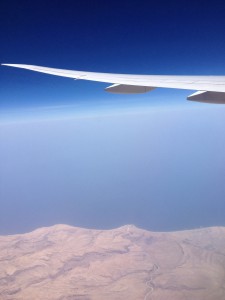 From Munich we flew with the Lufthansa to the Atatürk airport. From there we took the subway / tram to the city center to Karaköy on the Galatabrücke. Since several cruise ships stopped in the port of Istanbul, the city was quite crowded, so we were not in the Hagia Sophia, for example, because the people were standing up to the Blue Mosque. For that we were on the Spice Market, the Grand Bazaar, the Blue Mosque, the Cistern, the Galata Tower, the Archaeological Museum and another small mosque. Highly recommended is also a Bosphorus Tour, which costs only around 5 € and at the right time (about 19 clock) and really nice with sunset!

The Archaeological Museum is also very interesting, it was only due to renovation not all rooms were open. We also have a photo shoot in the cistern made with. For already 5 € you can transform yourself into a sultan or a princess with great props such as a dagger, a veil or fan.

In addition, we were then still on Taksim place and from there the Istiklal road down to the Galata Tower, there are shops of all brands and sizes and a very beautiful church to visit.

From Jakarta, unfortunately, it was not until 11 o'clock, instead of planned 5 hours further with Sriwijaya Air, because Denpasar was closed due to the ash cloud of the volcano. So one day later than planned we went from Denpasar to Ubud, to our first stop in Bali.

There we slept in the Pertiwi Resort & Spa, which is also recommended! The hotel is only 5 minutes walk to Monkey Forestwhich is worth seeing! The monkeys are very curious, so better to stow everything well in your backpack, wear it on your chest and best of all wear no jewelry.

In Ubud we then borrowed a scooter and are to Goa Gajah, the elephant cave, of which we were very disappointed! Since there are quite a few sellers with their stalls and you have to run almost from the parking lot to the entrance, so as not to be addressed, it is not nice to come to the resort and then the cave itself is also very small and in principle actually just a Hole in the mountain …

Since we arrived one day later, we were instead of 4 only 3 nights in Ubud, next time we will definitely stay longer because the area is really nice there!

Next we went after Lovina in the north to the Lilin Lovina, a small hotel with 7 bungalows, which is really highly recommended! It is located directly on the sea and is very familiar with a really good restaurant.

In Bali, we always went with a "Private Driver" from A to B, but we have already decided to come around next time only with the scooter.

On the way to Lovina we are still at one Coffee plantation stopped where we were shown how coffee and tea is made and we had the opportunity Luwak coffee to taste that is taken from the feces of the cats.

After that we were still on Danautempel, which is located in a lake and due to the foggy area a great atmosphere spread. Lovina is unfortunately very deserted and therefore the sellers are very intrusive, go after one and chat as long as one is only in the vicinity, no matter if there is interest or not!

A must is the snorkeling: the Snorkelling was definitely worth it, because not far from the beach already the most beautiful coral gardens are to be found with a huge amount of fish.

In addition, we then made a trip, where we first to the hot springs to Banjar, then the Buddha Temple of Banjarwhere we also saw the great sunset and in one "Shopping Center"Were driven. Shopping center is in the case, however, only an oversized, air-conditioned shop with tourist prices.

All in all, we came to the conclusion that own scooter is better than the private transfer.

In Lovina there is also a really great restaurant that is recommended, the Global Village Kafe, which was built into a pretty garden and is very colorful due to the hippie fans there.

On our last day in Lovina, we approved a Balinese 1-hour full-body massage for under € 10.

After 4 nights in Lovina, we took the next private taxi to Tulamben in the east. There we stayed at the Ocean Sun, a diving resort. Also this hotel was very familiar and as it is a German and German diving courses are offered, are almost only German in the hotel and so evening after evening a large community at the table and talks.

Really great people and a lot of friendships closed.

Of course we did not go on vacations in the dive resort for nothing, because we have ours there Open Water Diver made. The underwater world is very easy to reach from the beach and absolutely awesome! From the drop off over the coral garden to the wreck of the Liberty. In a total of 4 dives, we have seen turtles, buffalo-headed parrotfish, moray eels and many more. Since we had to learn a lot and the dives were exhausting we did not do any excursions from Tulamben. In addition, we were after our passed exam still on three dives in Amed here. There we saw seahorses, blue spotted rays, stonefish and grouper. It was a great experience and a lot of fun!

The last day we used again to drive the scooter through the area and enjoy the unique landscape!

At 6 pm we went by taxi back to the airport.

Bali and Istanbul will definitely see us again!

Thank you for your travelogue, Sandra!

►► If you fancy Istanbul or Bali, you can look for a suitable offer!