My journey through Shanghai – with exciting insights

Our Senior Product Manager Asia was privately traveling in China for 4 weeks and explored the Middle Kingdom. Together with a friend she went to Shanghai at the end of July 2014, traveled the Yangtze, marveled at the terracotta army and let herself be captivated by Beijing's charm. On her own, she then traveled on to Tibet – on the roof of the world – and finally ended the trip with the visit of some friends in Singapore.

After a relaxed flight with Swiss I arrived in the early morning in Shanghai and was greeted warmly by Mr. Li, the tour guide for the next 4 days. Li is the most common surname of China and corresponds to the German Müller or Meier, over 100 million people are called Li, so I was well advised to memorize my face exactly, because with the name alone I would not have come far. Mr. Li told a lot of interesting things about the Huangpu metropolis and introduced us to the famous Yu Garden in the old town, where my travel companion and I became the coveted photo object for the first time. The hype of the Chinese to be pictured with us in a photo should accompany us throughout the journey. The Shanghai skyline One experiences best during a boat trip on the Huangpu – on one side lies the business district Pudong with the imposing skyscrapers and on the other hand the boulevard Bund with beautiful colonial buildings stretches along the shore. Exactly in such a building is the luxury hotel Fairmont Peace, in whose Chinese restaurant Dragon Phoenix I enjoyed the view of the light sea of ​​Shanghai with excellent, and surprisingly cheap food. Not far away you can taste the delicacies of Yunnan cuisine at The Lost Heaven. The restaurant is decorated with many works of art and inspired me to stroll through the bohemian M50 and the former French concession Xiantidi.
► Another hotel tip: The modern furnished Sunrise on the Bund in perfect location for excursions in the city!

With the express train I drive in just over 1 hour Hangzhou, The check-in at the train station is an experience, contrary to my fears it is not chaotic but very organized. Everything is fully automated and every traveler has a permanent seat. In the train, the announcements are made in English and Chinese and the physical well-being is taken care of.

Paula, my tour guide, welcomes me to Hangzhou's imposing East Railway Station, which looks more like a futuristic lunar base than a Chinese train station. Together we explore the West Lake, walk through the park and visit the Pagoda of the 6 harmonies, Hangzhou is also famous for the famous dragon fountain tea that is grown here. A hike through the tea fields may not be missing on my day trip. The tea is also widely used in the kitchen, I really like the tea salad in the LvCha restaurant on Long Jing Road.

Of course, as a true ship's dreamer on my trip to China, a cruise on the Yangtze not missing. Due to the travel time, it is now mid-August, travel in addition to my companion and me 10 more foreigners and 120 Chinese on the ship from the 23 million metropolis Chongqing to Yichang. In such a small space, I am really aware of the large share of domestic tourism in China now occupies. 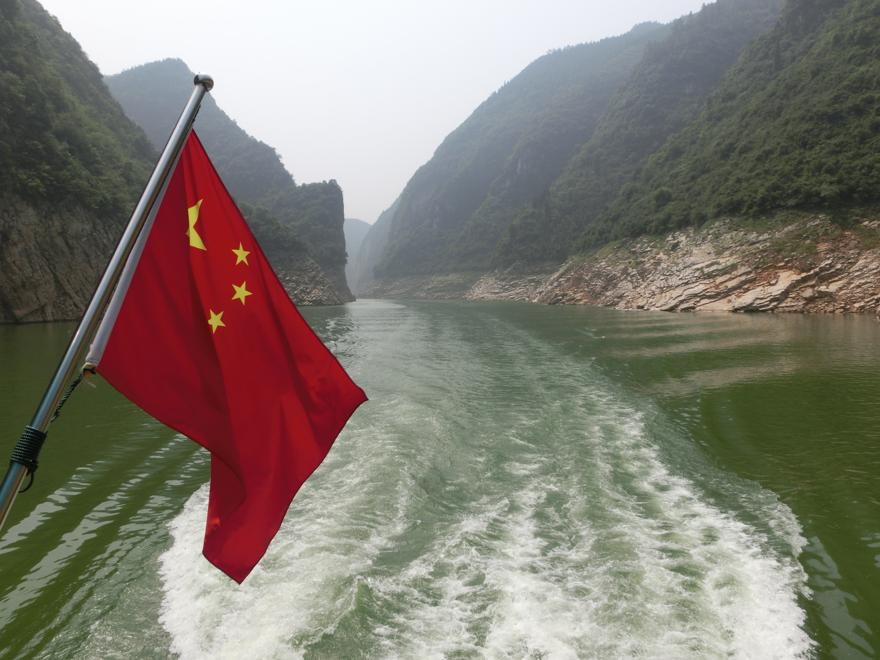 The days are almost always the same: After breakfast, the ship starts and it starts the first trip.

Again, foreigners and Chinese are separated. We drive for example in one of the settlements relocated to dam construction, and with the help of a (state) interpreter, we can tell a family about how the move was organized and what they received as compensation. The Chinese guests visit the Ghost Town Fengdu and the temple there. Back on the ship we are served lunch and spend the afternoon on deck admiring the passing scenery. An English and a Chinese speaking tour guide tell interesting stories about the history of the Yangtze and the people living there. The highlight of the trip is the penultimate day on the penultimate day 3 Gorges Damwhich we visit the next morning. A few words to the ship are said at this point: The cabins are quite comfortable and spacious, the food was ok, but on land we ate much better in the many local restaurants. All in all, it was a great river trip that brought me the necessary deceleration after the hustle and bustle of Shanghai.

The old trading metropolis at the beginning of the Silk Road is quite manageable. The old city wall is still completely preserved and can be used either on foot or by bike (about 14 km). One should not make the same mistake as me and leave in the midday heat. Fortunately, there are regular sanitary facilities, so I could pour cold water over the crimson head. The view into the old town and the newer neighborhoods around is worth the effort. I then enjoy the well-deserved refreshment in one of the many local food stalls in the old town, just a few meters from the bazaar and the famous mosque. Xian is especially famous for its mule noise – do not miss a case! Especially recommended is the Defangchang restaurant on the bell tower, not cheap but heavenly delicious.

Architecturally, the mosque leaves no doubt as to which country we are in. She is like one Chinese temple built with wonderful gardens and ornamental shrubs. The bustle of the shopping street in front of the entrance gate is blown away within the area and so it can relax wonderfully.

The highlight of every Xian visit is, of course, the excursion to the Terracotta Warriors the first emperor of China. The Tone Army is about 1 hour from the city center. In the meantime, a large tourist infrastructure has been created around the actual excavation area, with many restaurants and souvenir shops frequented mainly by local visitors.

After a 15-minute walk or a 5-minute ride on the shuttle, it is finally time and I enter the imposing hall that spans the excavation field. The sight of the many thousand warriors, riders and carriages is breathtaking. One inevitably raises the question of dexterity and builders' tools. Fortunately, the number of visitors in mid-August is not too big, so I am amazed and can take pictures. You will be guided through the hall in a clockwise direction and will find interesting information on the history of the excavations and the history of the Terracotta Army on the boards. In other halls excavations of whole chariots and imperial carriages are issued. 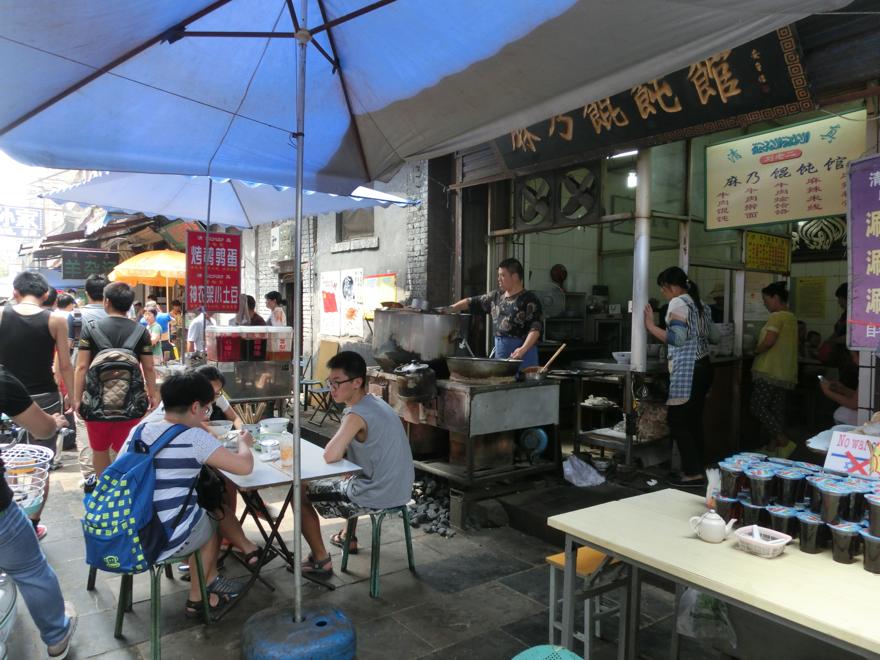 The now very good rail network connects Xian in just 6 hours with the capital Beijing (Beijing), alternatively you can of course also fly or travel by night train in about 14 hours asleep. The importance of the city is already noticeable in the very high traffic on the way to the hotel. In the midst of the Hutongs, the old quarters of the city, however, nothing is noticeable. The cyclists and pedestrians, who roam the narrow streets, seem almost unreal. The low houses, small shops and simple food stalls almost make me forget where I am. 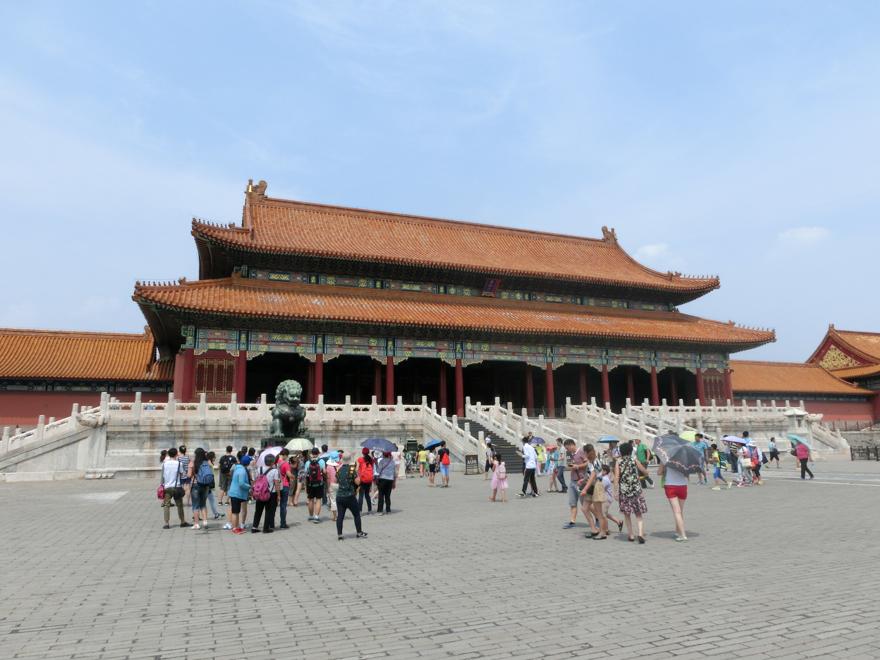 I explore both on the second day and allow myself to be transported back to the glittering days of the ancient Chinese emperors. The summer palace, located in a large garden area, is also artistically designed and awaits me in the afternoon. Relaxed, I stroll over bridges and through arcades and serve many Chinese as a photographic object. At the Temple of Heaven, this finally awaits me Beijing landmark, The highly-revered temple building served the ancient emperors as a prayer for abundant crops and is the epitome of perfection – the number 9, which characterizes the architecture of the temple, was formerly reserved for the emperor alone.

I will never forget the excursion to Great Wall at Jinshaling. Granted, the journey takes longer than Badaling, but in Jinshaling also much fewer tourists are traveling. And so we walk almost alone for 4 hours on the wall following the ridge. The weather is great and the views fantastic. 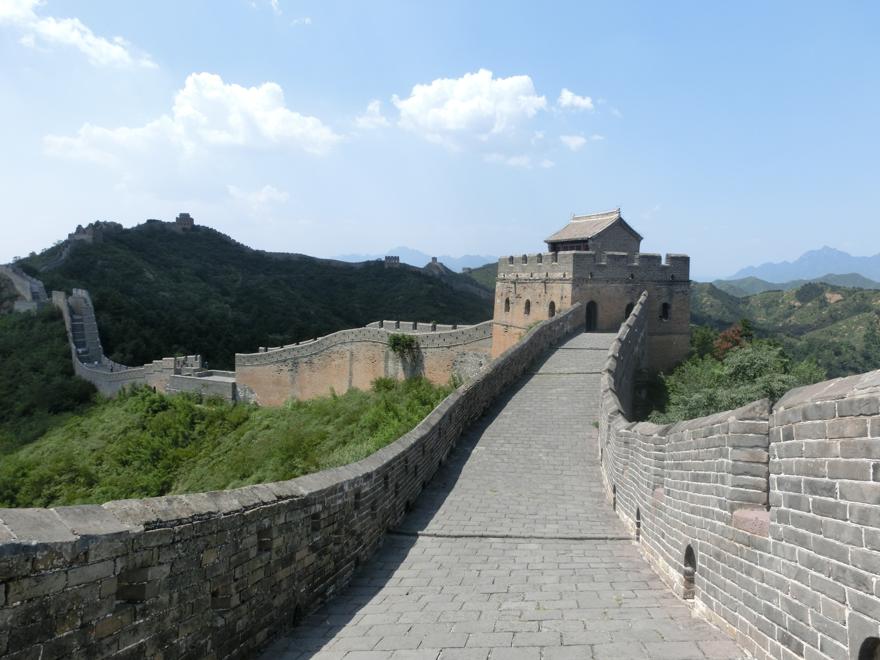 Tibet – the roof of the world

The last leg of the journey leads me to the legendary one Tibet railway from Xining to Lhasa. Together with two Uighurs and one Chinese, I share a 4-compartment during the good 24-hour train journey. To get straight to the point: The train is not comfortable and foreigners traveling alone have to organize themselves very well in terms of food. But the experience factor compensates for everything: due to the language barrier, it is initially difficult to communicate with my fellow travelers, modern translation apps (the cell phone always has reception) and a bit of good will, however, melt the ice quickly. We take turns marveling at the passing scenery and solving sudoku puzzles, a pastime that my fellow travelers did not know before. 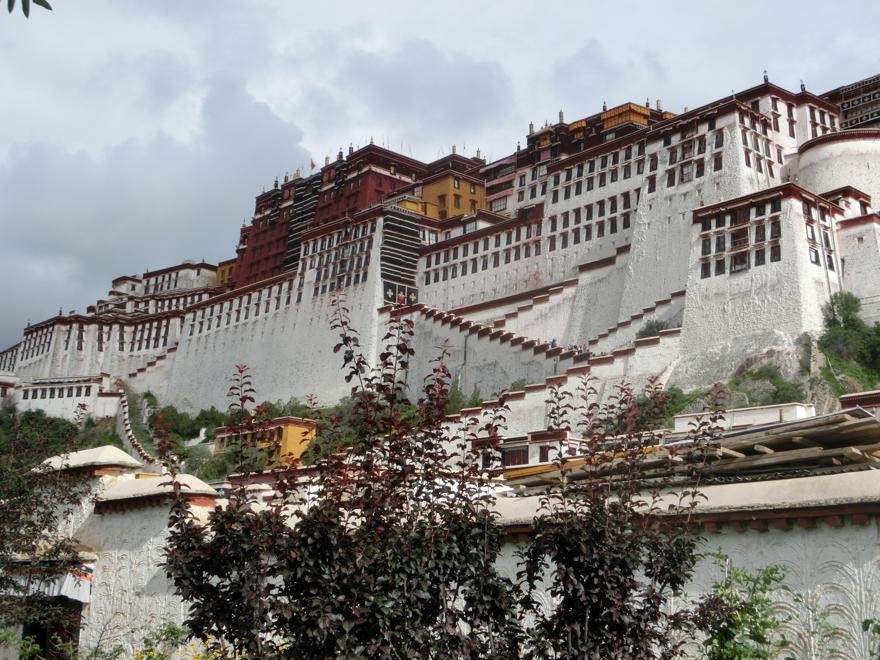 In Lhasa arrived I fall tired to bed and look forward to the visit of the Potala Palace the next day. I get used to the altitude amazingly fast and notice, for now, nothing. But that soon changes, when the power goes out in Shigatze and I have to take the stairs to the fifth floor – I was not out of breath so fast. But first back to Lhasa. The Potala Palace is visible from afar and an absolute must-see in Lhasa. Visiting time has been allocated by the authorities for several years and is limited to 1 hour. This does the unique atmosphere inside the palace but does not detract and the many pilgrims on the outside complete the picture accordingly.

As well on Jokhang Temple and in the many monasteries in Shigatze and Gyantze the image of pilgrims is determined. The sound of the prayer wheels and the fluttering of the colorful prayer flags in the wind make the modern world of Beijing or Shanghai's light-years appear remotely. 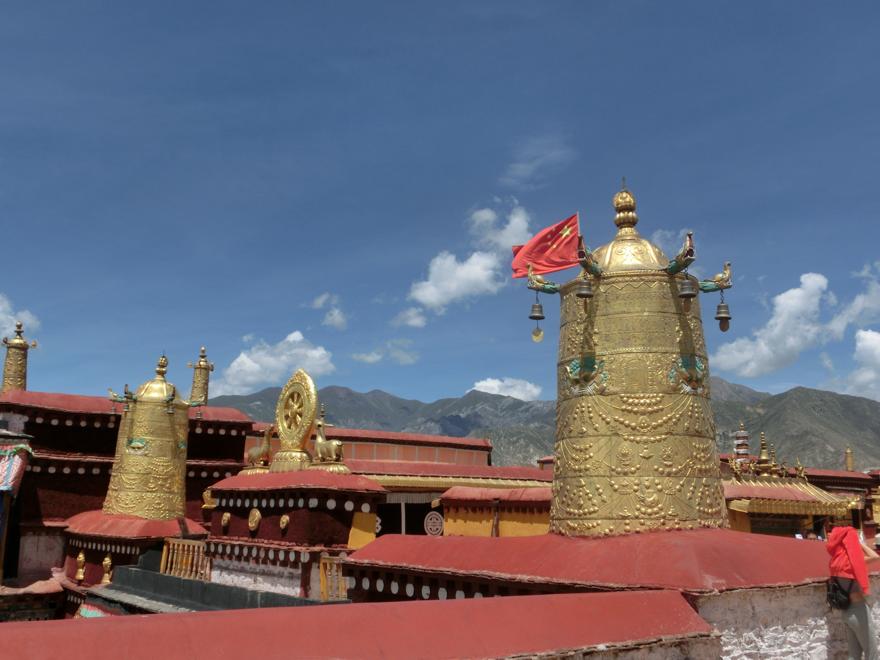 The Mountains of Tibet surpasses itself, the highest mountain and the highest pass are in this region or are accessible from here. During the summer, the daytime temperatures are around 25 ° C and 10 ° C at night. If you travel Tibet, be patient. I experience this very close on the way back from Gyantze to Lhasa, as a rock fall occurs somewhere further ahead in the road and makes the onward journey impossible for hours. After waiting for 3 hours and no chance of improvement, a scrutinizing look from my driver, which I seem to satisfy, captures me, and off we go on a narrow mountain road to an alternative route. This ride is one of the most beautiful memories of my time in Tibet.

After many memorable experiences, my journey through China ends with a flight to Singapore and a reunion with good friends. I'm already looking forward to my next trip to China, the Middle Kingdom always inspires again!

►More about China's here.
► Round trips in China: Click here for the offers.